Twitter itself has no organization. My brain doesn’t do well with disorganization. Tweetdeck allows you to organize your Twitter so it’s more easily readable and so you don’t miss anything important. Here’s how to get started! 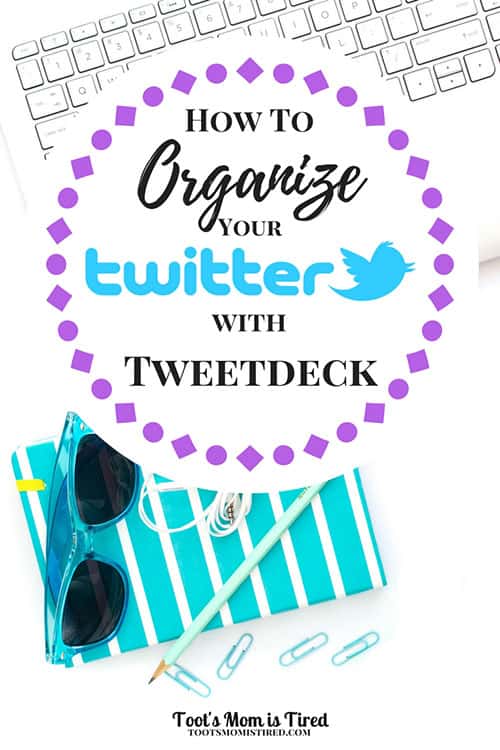 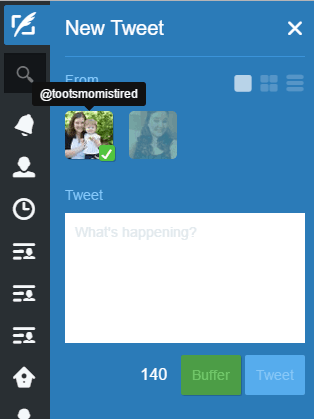 Yes, I said accounts! You can connect multiple accounts to Tweetdeck and use them all at once! This is especially helpful if you have a personal and a business or blog Twitter. You will be able to view your notifications and messages for both accounts on the same screen. Your feeds for each account can be side by side, too.

So start off by going to Tweetdeck and signing in. You can add an account from the left menu bar.

Columns are the cornerstone of Tweetdeck. I do not know what I would do without my columns. I have like 20 of them.

You’ll want to start off by adding a column for:

I’m guessing you’ll want your notifications as your first column. It’s probably the most important thing. Organize your columns however you want them. You can move them around by clicking the menu on the top right of each column then the arrows to move right or left. 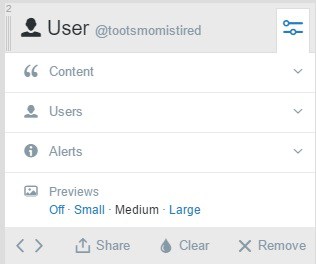 Set up lists and create columns

Lists are amazing, and if you’re not already using lists on Twitter, you should go and create a couple. Group people with similar interests or topics they tweet about. Group your friends together. Create a list of celebrities you follow! I have a list that just contains Gillian Anderson and David Duchovny because I’m obsessed with them. It doesn’t pertain to blogging in any way. I just want to know what they’re up to.

Once you have your lists set up on Twitter, you can easily add them to Tweetdeck. Create a column for each list. You’re essentially creating a filter of specific people you want to pull out of your home feed. It will help you keep up with them so they don’t get lost in your feed.

Do you want to see everything someone tweets? Add a specific user column! I have individual user columns for each of the bloggers in my Twitter tribe!

How to Organize Your Twitter with Tweetdeck https://t.co/hSLiECfvd8 | #momblogger #BloggingTips pic.twitter.com/RTg6JYBOC5

Maybe you want to follow a hashtag? Use the search function to look it up and then click add column. This is really useful for Twitter chats or when you’re following an event like the World Series or Academy Awards. Or if you’re live tweeting the latest episode of This is Us.

Related:  How I Made Money in My Tenth Month of Blogging

How to quickly navigate between columns

So if you’re like me and have 20 columns, you’re going to want to know how to navigate between them quickly. I’m sorry but they won’t all fit on your screen. I mean if you only need 5 columns, amazing. But I need 20. Here are some shortcuts:

Of course, you can also just click the icon on the left menu bar for each column to jump to it. I’m just used to the keyboard shortcuts. 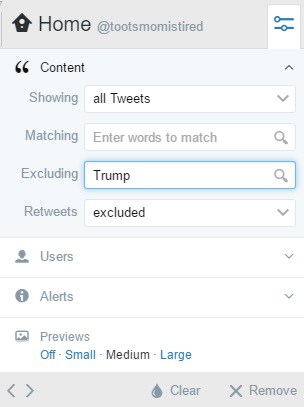 Maybe you’re not interested in retweets. You just want original tweets from the people you’re following. Cool. Filter out retweets in the menu for each column.

The customization for each column is great because you can also use it to search through to find something you may want to go back to. Use the matching words to find what you’re looking for.

You can also exclude words so if you’re tired of hearing about Trump, go ahead and type that in excluded words. You won’t see anything that mentions his name. 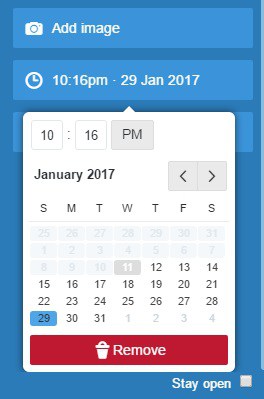 Ahh yes, scheduling tweets. It’s every blogger’s favorite thing. I love automation. Scheduling means I don’t have to worry about being on Twitter 24/7 and my content is still out there. When you schedule a tweet, you just type it in normally then choose “schedule” and the date and time. It will show up in your scheduled tweets column. See, I told you that would come in handy!

Related:  How I Made Money in My Seventh Month of Blogging